National Gun Appreciation Day is an annual celebration on Jan. 17, first proclaimed by the 2nd Amendment Foundation in 2013. On this day, gun owners take time to honor the legacy, history and impact of guns in American culture. It’s a day dedicated to recognizing the vital strategic role firearms have played in protecting freedom throughout the years and their importance to our democratic society. Additionally, National Gun Appreciation Day serves as a reminder to celebrate responsibly and adhere to existing laws that protect citizens from gun related violence.

Here’s a look at the history of National Gun Appreciation Day and how gun enthusiasts can participate.

National Gun Appreciation Day was first declared on January 17, 2013, by the 2nd Amendment Foundation, a nonprofit organization that works to protect the right of Americans to keep and bear arms. The proclamation for this holiday came in response to President Obama’s efforts to introduce new firearm control initiatives following a series of high-profile shootings across the country.

“The Obama administration has shown that it is more than willing to trample the Constitution to impose its dictates upon the American people,” Gun Appreciation Day chairman Larry Ward said in a 2013 Business Insider article.

The goal of National Gun Appreciation Day was to promote public awareness about Second Amendment rights and encourage citizens to take action in order to protect those rights.

There are numerous ways that gun owners can participate in National Gun Appreciation Day. These include visiting a local gun store (we’re open seven days a week), shooting range or gunsmithing shop; attending seminars or classes held by firearms experts; participating in pro-gun events such as rallies or parades; joining a shooting league; taking part in a hunting trip with friends or family members; or just simply expressing appreciation for guns by posting about them online or talking about them with friends and family members.

All these activities help gun owners show their support for Second Amendment rights while also exploring their interest in firearms more deeply.

National Gun Appreciation Month is a great way for gun owners and enthusiasts to celebrate the legacy that guns have had on our nation’s culture over the years while also showing support for Second Amendment rights.

AimHi Family Firearms Center is one of the premier retail gun stores and indoor shooting ranges in central Ohio, offering an extensive selection of pistols, rifles, shotguns, ammunition and accessories from major manufacturers at competitive prices as well as experienced staff leading a variety of training and certification classes.

Whether you choose to visit your local gun store or join a shooting league, there are plenty of ways you can get involved this month. And if you’re looking for expert instructors with knowledge of firearm safety, tactical training and more, New Albany’s AimHi Family Firearms Center is your destination for improving handling and use of your gun. Visit the shop today or call us to learn how we can help! 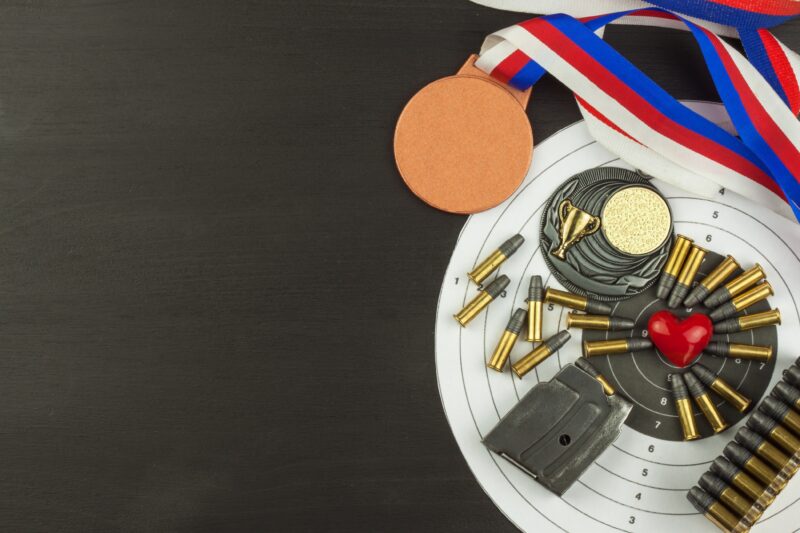