Firearm safety should always be a top priority, but it’s especially important during the Fourth of July weekend. Every year, there are tragic accidents involving firearms that could have been easily prevented.

In this blog post, we’ll discuss some of the most important gun safety tips to remember this Independence Day.

DON’T FIRE A GUN INTO THE AIR

One of the most common dangers during the Fourth of July weekend is people firing guns into the air in celebration. While it may seem harmless, it’s actually very dangerous. Bullets fired into the air can come back down at high speeds and cause serious injuries or even death. If you plan on celebrating with firearms this year, be sure to keep them pointed in a safe direction at all times.

ALWAYS POINT YOUR GUN IN A SAFE DIRECTION

NEVER USE ALCOHOL OR DRUGS BEFORE OR WHILE SHOOTING

Using drugs or alcohol before or while handling a gun is extremely dangerous and can lead to tragic accidents. Drugs and alcohol impair coordination, judgement and motor skills, all of which are essential for safely handling a gun. Drugs and alcohol can also make it difficult to follow safety procedures and to stay calm in a potentially dangerous situation. Gun owners who are under the influence of drugs or alcohol are putting themselves and others at risk.

Don’t be stupid — if you’re going to be handling a gun this Fourth of July, stay sober and clear-headed.

A gun is a dangerous weapon that should be handled with care. One of the most crucial gun safety rules is to never point a gun at anything you don’t intend to shoot. This may seem like common sense, but it’s important to remember even when handling an unloaded gun. If you point a gun at something, your finger may instinctively move to the trigger, and even an unloaded gun can cause serious injury if it’s fired.

Additionally, pointing a gun at something can be interpreted as a threat, and if someone else is pointing a gun at you, it can be difficult to tell if it’s loaded or not. For these reasons, it’s always best to err on the side of caution and never point a gun at anything unless you’re absolutely prepared to pull the trigger.

In addition, keeping your finger off the trigger helps you to maintain better control of the gun. When your finger is on the trigger, it’s easy to put too much pressure on it and cause the gun to fire unexpectedly. If you’re not ready to shoot, there’s no reason to have your finger on the trigger. By following this simple rule, you can help to ensure your own safety and the safety of those around you.

KNOW YOUR TARGET AND WHAT’S BEYOND IT

When handling a gun, it is important to always be aware of your target and what is beyond it.

Bullets can travel long distances through various materials, and if you’re not careful, you could end up harming someone or property unintentionally. Always make sure your gun is pointed in a safe direction, and that you know where the bullet will go if you fire it.

Bullets can also ricochet off of hard surfaces, so even if you are shooting at a target that is behind a wall, the bullet could end up causing damage or injury elsewhere. Remain aware of your surroundings and make sure that there are no people or animals nearby that could be hurt by a stray bullet.

TREAT EVERY FIREARM AS IF IT’S LOADED

Not only can gun accidents have devastating consequences, but they can also be completely avoidable. Always treat your firearm as if it is loaded. This means that even if you are sure that the gun is not loaded, you should still handle it with care and respect. The reason for this is that guns can be unpredictable and even a small mistake can lead to serious injury or death. Treating every gun as if it is loaded can also help to instill a sense of caution and responsibility in those who are also around the firearm but may not be handling it.

This rule applies whether you’re handling your own gun or someone else’s. By treating every gun as if it’s loaded, you can help to prevent accidents and keep yourself and those around you safe.

Gun safes are a great way to store guns and ammunition separately and prevent unauthorized access. Gun safes come in a variety of sizes and can be fitted with locking mechanisms to further increase security. Gun owners should carefully consider their needs before purchasing a gun safe to ensure they choose the right size and features for their gun collection.

SEEK PROFESSIONAL HELP IF YOU ARE FEELING DEPRESSED OR SUICIDAL

If you or someone you know is a gun owner with depression or suicidal thoughts, consider seeking professional help. Depression can cloud your judgment and make it difficult to think clearly. As a result, you may be more likely to act on impulsive thoughts or feelings. Furthermore, if you have easy access to a gun, the risk of harming yourself or others is much higher.

Seeking professional help can provide you with the support and resources you need to manage your depression in a safe and healthy way. Gun owners may be hesitant to seek help because they worry about losing their gun, but it is important to remember that guns are not the only way to hurt oneself or others.

In addition, seeking professional help can also help the gun owner develop a plan for what to do if they are experiencing a mental health crisis, which can include steps like removing guns from the home or temporarily giving up gun ownership altogether. Taking these precautions can help keep everyone around the gun owner safe and reduce the risk of tragic accidents.

If you or someone you know is struggling with depression, don’t hesitate to reach out for help. Call the National Suicide Prevention Lifeline at 800-273-8255. 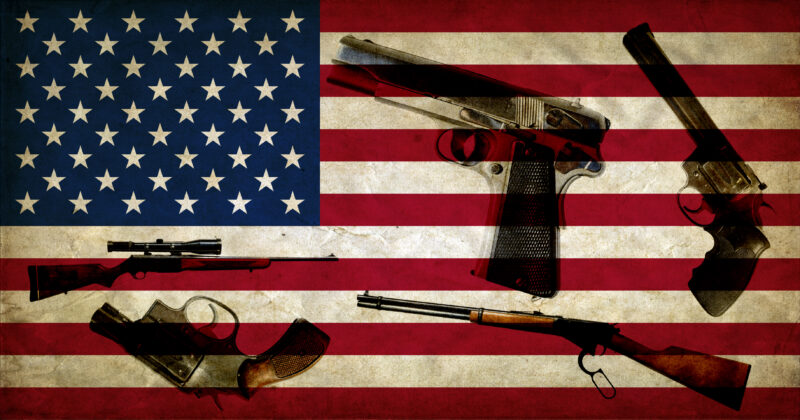