Gun rights remain top of mind among Ohio lawmakers, with at least 28 gun-related bills introduced in the statehouse since the most recent legislative session kicked off in January 2021.

Just about all bills have been presented along party lines, with 15 authored by Democrats and 13 brought by Republicans. As the December end-of-session approaches, all but one of the Re- publican bills have advanced in the legislative process (the outlier was just recently introduced). Conversely, only one Democratic bill, requiring safe storage of firearms, has advanced to the hearing stage.

At least one Republican bill has been signed into law so far: effective June 13, Senate Bill 215 has positioned Ohio to become the latest state to allow permitless carry, or the carrying of a concealed weapon without a permit.

The law prohibits officers from detaining, searching or seizing anyone who is otherwise law-abiding and in possession of a firearm. Additionally, gun owners will not be required to “promptly” notify law enforcement of a weapon in their vehicle during a traffic stop.

Read on to learn about other pending legislation and how some Ohioans may be affected.

HB 62 designates the State of Ohio as a Second Amendment Sanctuary State, exempting Ohio from federal gun laws, and names this act the Ohio Second Amendment Safe Haven Act. As of publication, the bill was referred to committee and has received three hearings thus far.

HB 89 passed out of committee in March 2022, though it is now essentially void with the passage of permitless-carry legislation.

SB 185 and HB 325 revised code regarding a political subdivision’s emergency powers when suppress- ing a riot, mob or potential riot or mob and the preservation of rights regarding deadly weapons and firearms during an emergency.

Introduced in January 2022, SB 293 prohibits requiring fees and liability insurance for the possession of firearms. As of publication, SB 293 has received two hearings thus far.

HB 297 establishes the Firearms Industry Nondiscrimination Act, which bars a government entity from entering into a contract with an entity that “discriminates against firearm entities.” As of publication, , the bill has received two hearings thus far in committee.

HB 455 allows an opportunity for a concealed handgun licensee or qualified military member to avoid charges for carrying a deadly weapon into a prohibited place if the person leaves upon request and pe- nalizes those who fail to leave upon request or return with a firearm. As of publication, HB 455 has re- ceived three hearings in committee.

Introduced in April 2022 and recently sent to committee, HB 617 requires federally licensed firearms dealers to give each firearm purchaser a specified brochure that provides information on using deadly force and outlines the laws about dispute resolution.

HB 38 repeals the “Stand Your Ground” law, which was enacted in April 2021 and abolished a person’s obligation to retreat before discharging a gun in public.

HB 38, which would retain the “castle doctrine” that does not require a person to retreat in their home or vehicle, has yet to have a hearing since its February 2021 introduction.

Both SB 73 and HB 259 require universal background checks for firearm transfers, with some excep- tions. As of publication, neither bill has yet to have a hearing beyond their introduction.

SB 74 raises the minimum age to purchase a firearm to 21, and increases penalties for furnishing a firearm to an underage person. As of publication, SB 74 has yet to have a hearing since its February 2021 introduction.

SB 75 regulates the transfer of firearms at a gun show, outlining definitions, safety measures and pro- cedures for such transfers. As of publication, SB 75 has yet to have a hearing since its February 2021 introduction.

SB 76 and HB 274 restore local authority to regulate firearms-related conduct, allowing local govern- ments to construct their own regulations regarding firearms within their jurisdiction. As of publication, neither bill has had a hearing since their February/April 2021 introductions.

SB 77 bans trigger cranks, bump-fire devices and other items that accelerate a semi-automatic firearm’s rate of fire but do not convert it into an automatic firearm. As of publication, SB 77 has yet to have a hearing since its February 2021 introduction.

Both SB 138 and HB 257 enact the Extreme Risk Protection Order Act to allow family members, household members and law enforcement officers to obtain a court order that temporarily restricts a person’s access to firearms if that person poses a danger to themselves or others.

As of publication, neither bill has had a hearing since their February/April 2021 introductions.

Both SB 205 and HB 360 designate June as Gun Violence Awareness Month. As of publication, neither bill has had a hearing since their June 2021 introduction.

SB 243 prohibits biased policing and other status-based profiling, requiring peace officers who carry firearms to undergo bias training. As of publication, SB 243 has yet to have a hearing after its October 2021 introduction.

HB 262 enacts the Child Access Prevention Tax Credit Act to prohibit negligent storage of a firearm, to provide criminal penalties if a minor gains access to an improperly stored firearm and to authorize an income tax credit for the purchase of firearms safety storage units.

As of publication, HB 262 is the sole Democratic bill that has received a single hearing during this leg- islative session.

Introduced in May 2022 and recently sent to committee, HB 661 requires gun trigger locks to be at- tached and provided with firearms sales.

To learn about AimHi’s inventory, range, membership opportunities and more, visit the store or call 614-939-4867. 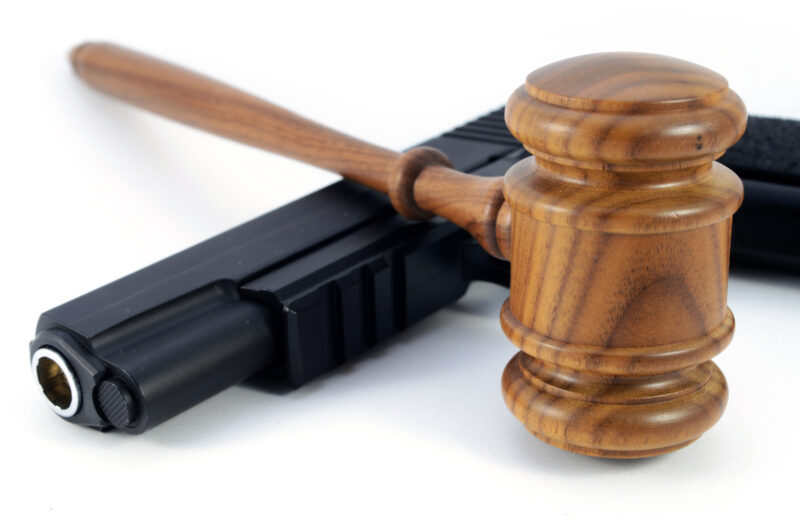