Learn everything you need to know about the difference between .38 special vs 9mm. Find out how each compares in terms of accuracy, stopping power, and more. And, see how to decide which concealed carry handgun is right for you.

38 Special vs 9mm: What is the Best Revolver for Concealed Carry?

Shooting .38 special vs 9mm means the difference between carrying a revolver or an auto-loader pistol. When it comes to concealed carry and home defense, you need a handgun that you are comfortable using, offers reliable functionality, and provides accuracy when it counts. Both options provide semi-automatic action but differ when it comes to ammunition capacity, firepower, accuracy, and more.

By its very nature, a concealed carry handgun must be small enough to comfortably fit on your person. And, the most effective means of easily and comfortably carrying a concealed handgun is to limit the barrel length to no more than 3-inches. And, the shorter the barrel, the harder it to keep your sights on target when firing.

Length of the Barrel: Is Less More?

Also, a shorter barrel equates to less muzzle velocity – but that is less of a factor when it comes to revolvers. Even a revolver with a 3-inch long barrel might be too bulky to comfortably carry and handle. So, the shorter the barrel, the more time you need to spend practicing at the range.

The trigger action makes a big difference in how much force it takes to fire. Single-action revolvers and 9mm pistols often have a trigger break between 4 to 7 pounds of pressure. On the other hand, double-action revolvers take around 10-pounds of trigger pull weight.

The more pull weight, the harder it is to keep your sights on-line with your target when firing. On the other hand, in a defense situation, a double-action revolver is usually preferable to a single-action. Double-action revolvers allow you to fire more quickly since each trigger-pull releases the hammer and re-cocks the gun at once.

Apart from ammunition capacity, a big difference between a 38 special vs 9mm is the time it takes to reload. Reloading a revolver is more tedious and time-consuming than reloading a 9mm auto-loader. That being said – quick-loaders cut down the reload time significantly. But, it still takes longer than simply popping a full magazine into a pistol.

This does not mean that revolvers are a bad choice for concealed carry. Instead, it means that you need to spend more time at the range getting used to reloading a revolver since there is a slight learning curve. If you are a new shooter, practice with both types of handguns at the range and ask an instructor for help deciding which is right for you.

At the range, you quickly find that a 9mm pistol often performs less accurately than a 38 special revolver. And for this reason, many new shooters prefer revolvers to auto-loaders. In an 8-hour concealed carry certification course, students learn all the fundamentals of firing and reloading, both, a standard .38 revolver and a 9mm auto-loader. Talk to an AimHi associate to learn more about the differences between the 38 special vs 9mm for concealed carry, and reserve a spot for an upcoming concealed carry certification class. 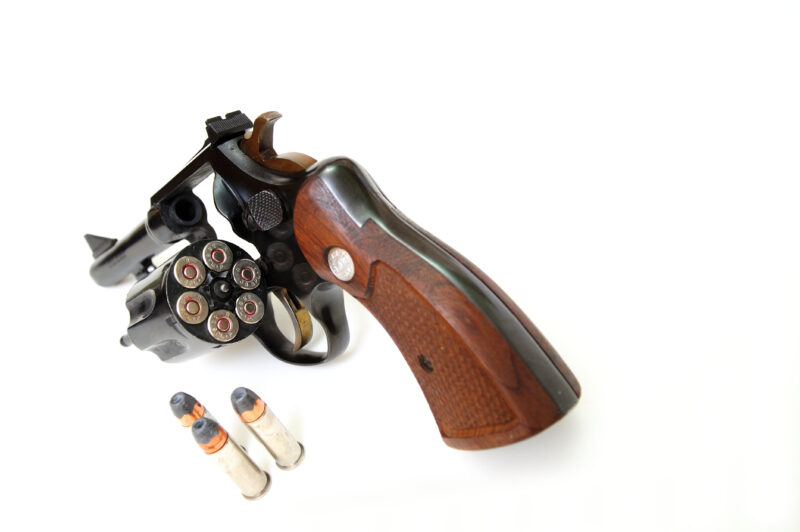